It was close, I wasn’t sure we were going to be able to land – the fog was so thick we waited more than an hour at Prudhoe Bay before we could take off, then attempted 3 separate landings before we finally touched down. 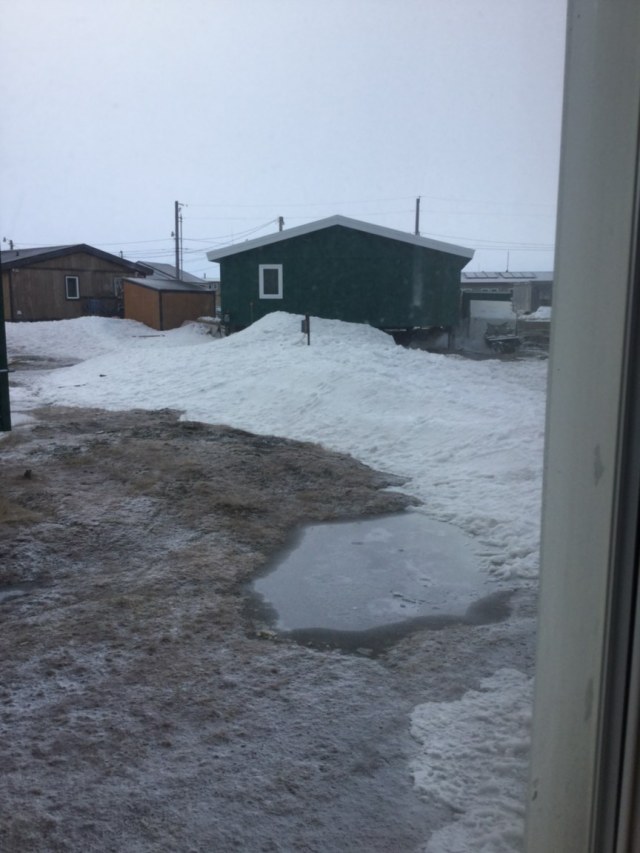 (this is the view from my living room)

This place reminds me of any seaside village – just socked in old dirty snow and mud. The people – so far – are super friendly and welcoming, and it makes me excited to be here. 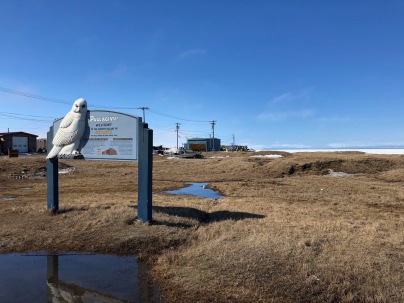 After finally landing, my new boss Heidi shuttled me around a bit, including to the famously high-priced grocery store, the AC. I bought some pasta, pasta sauce, butter, coffee, cream, and a few other odds and ends: $124. If I had paid $25 for this haul back home I’d have been upset. The non-organic Half-n-Half alone was $7.99.

We also took a bit of a tour around, checking out the Arctic Ocean, learning about polar bears, and then taking the dogs for a bit of a run-around on the tundra. 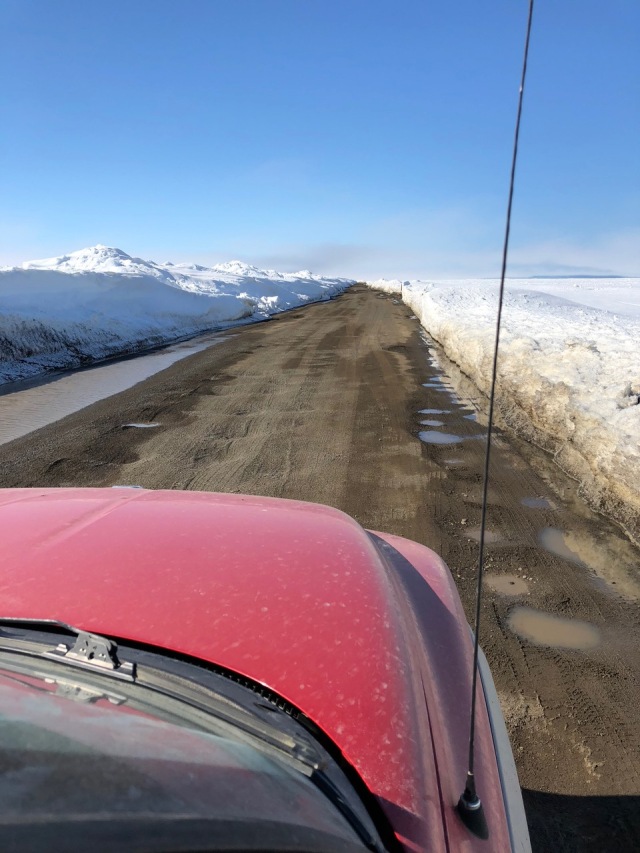 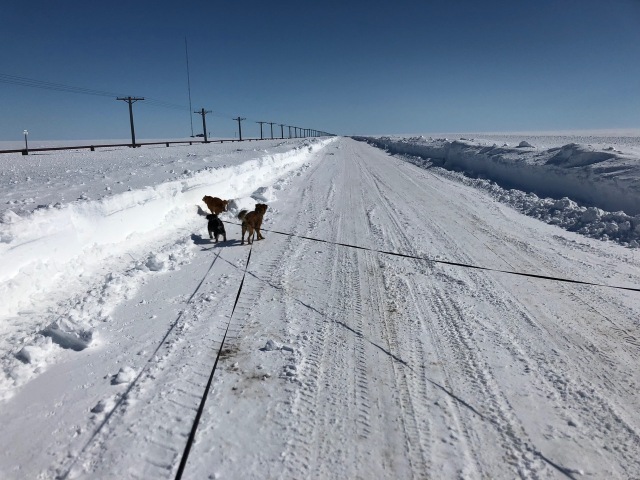 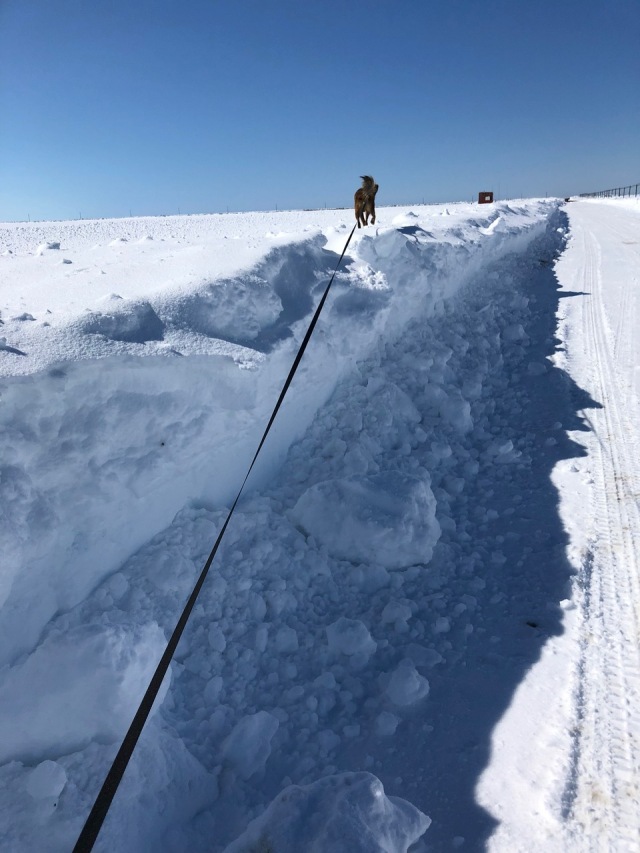 Penny was in love with the snow! She met two new friends (Heidi’s dogs) and the three pups had a blast running around, getting the leashes tangled, and just being crazy dogs. Penny certainly needed this after being cooped up for so long in her crate.

Back on the road into town, we were lucky enough to have found a few whaling vessels still on the beach after the spring hunt was over. I can’t wait for the first festival in a few weeks when I get to, ahem, try some whale meat. 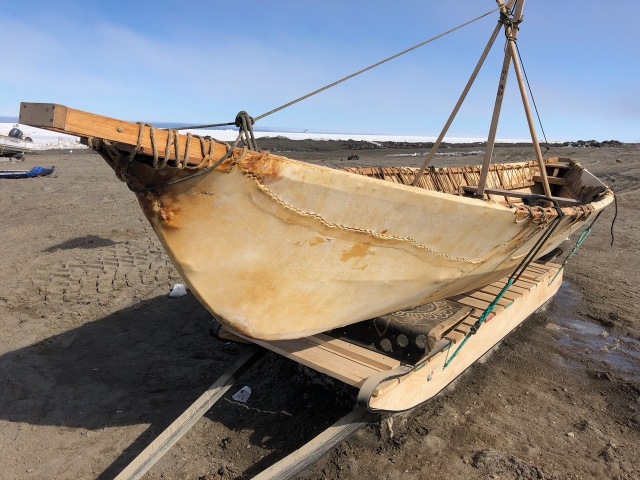 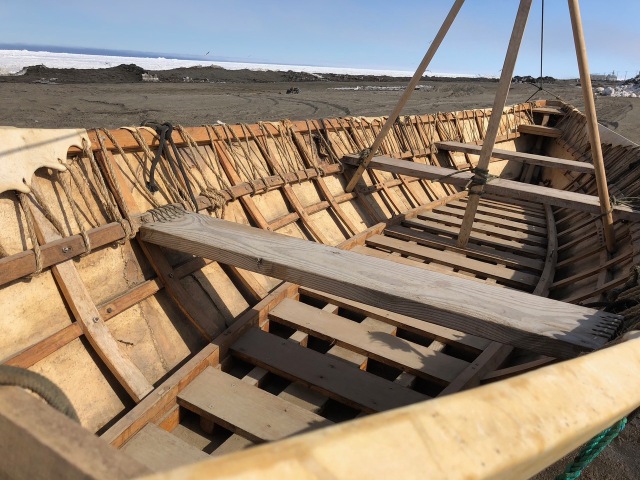 The boats are covered in skins, and you could smell just how fresh they were.  Yum!

Looking forward to getting on to the business of physical therapy, which is why I’m here. I’m sure there will be a few boring days of housekeeping orientation type stuff, but it’s a necessary evil. I’ll be getting my hands on some patients soon I’m sure……

Stay tuned…it seems like I have to learn how to shoot a really big gun. So……….this should be entertaining!

← Almost there!
Beach combing in Barrow →

dispatches from the wild

Backpacking the Pacific Crest Trail and Beyond